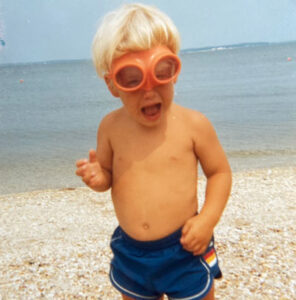 Over the past 20 years, Bryan has acquired a special skill set in the environmental, general contracting, and wastewater management fields that have positioned him as an authority in all facets of Long Island’s emerging I/A OWTS industry.

After graduating from Southampton High School, Bryan attended SUNY College of Environmental Science and Forestry (ESF) at Syracuse University, where he studied Environmental Engineering. During his final summer break, Bryan returned home to take a position as a teacher’s assistant for Dr. Christopher Gobler as part of his water quality study of Mecox Bay in collaboration with the Southampton College School of Marine Biology & Atmospheric Science. This study formed the basis of Dr. Gobler’s publication “A Comprehensive Study of Mecox Bay for the Southampton Town Trustees” which is now used as source material for the Trustees’ Mecox Bay Management Plan.

After graduating from ESF, Bryan worked as a fisheries researcher for the Cornell Cooperative Extension Marine Fisheries Division and NOAA National Marine Fisheries Service, where he collected data on local fish species and assessed the health of our fisheries. Bryan subsequently spent two years working for the Town of Southampton as a Town Planner, where he learned the ins and outs of the municipal planning and application process.

After spending 8 years as a green builder in North Carolina, Bryan could no longer resist the siren song of Eastern Long Island. He moved back home with his family in 2015 to work on a zero-net energy residential development in Shinnecock Hills. Quickly after returning, however, Bryan recognized the dire need for Suffolk County to move away from its reliance on primitive onsite wastewater disposal in the form of cesspools and septic tanks. In response, Bryan founded AWS in 2016 to address the critical need for septic upgrades throughout Long Island. Bryan now holds a Suffolk County liquid waste license and is a certified septic inspector for Suffolk County. Bryan is a father of three, he and his family reside in Southampton. 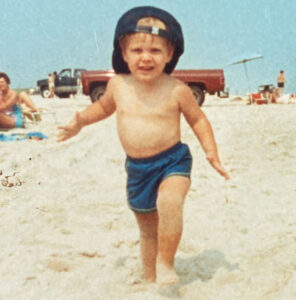 Kevin brings a unique legal background to Advanced Wastewater Solutions with over a decade of experience in the land use and environmental law fields that have helped position AWS as an authority not only on the installation and maintenance of Fuji Clean systems but on the often complicated regulatory and grant/rebate processes involved in the I/A OWTS industry.

Kevin then returned to the east coast to attend Brooklyn Law School. During his law school years, Kevin wrote for the school’s environmental newsletter and took a legal internship with the U.S. Environmental Protection Agency’s Office of Regional Counsel, working on a variety of environmental enforcement cases. He also spent over a year as a legal intern with the NYC Department of Buildings, where he gained experience with a wide variety of regulatory, permitting and enforcement issues related to the construction industry. Upon graduating from BLS, Kevin accepted an assistant counsel position with the NYC Board of Standards and Appeals (BSA), the zoning board for all of New York City. Over the course of 5 years at the BSA, Kevin worked his way up to a Deputy General Counsel position while gaining expertise in all manner of land use, zoning, and environmental issues that were brought before the Board.

In 2013, Kevin fulfilled his desire to return to the East End, after being hired as an associate with Esseks, Hefter, Angel, Di Talia & Pasca, LLP (EHADP), one of the premier land use firms in Eastern Suffolk. Along with gaining significant litigation experience since joining EHADP, Kevin has worked with architects, engineers, surveyors, builders, and tradesmen on countless land use and development projects throughout Suffolk County. Kevin also specialized in navigating projects through the municipal land use process, by meeting with building inspectors and Department of Health officials, and/or appearing before zoning boards, planning boards, environmental boards, and architectural review boards to secure necessary project approvals. Early in 2019, Bryan successfully recruited Kevin to join AWS and partner with him in the fight to protect Long Island’s water quality and usher in a new era of modern wastewater disposal through the use of Fuji Clean onsite wastewater treatment systems. Kevin continues to hold an associate position with EHADP and lives with his wife and two children in Southampton